There’s potentially a lot to discover within every piece of Amber, “fossilized tree resin—a substance that forms over millions of years.” Via Britannica, “Many hundreds of species of fossil insects and plants are found as inclusions,” as well as microscopic bacteria, fungi, the feathered tails of dinosaurs, and bubbles of ancient oxygen-rich air.

Amber is a time capsule, A Substance Like Nothing Else on Earth. But there are modern complications to its story.

This animated video from The Atlantic‘s Life Up Close series introduces the tensions between the scientific zeal for amber’s secrets and the growing ethical questions surrounding how it is mined. In Burma, also known as Myanmar, 100,000,000-year-old amber is mined by very young workers in dangerous environments, and “the sale of this immense amount of amber is used to fund wars and arms…”

Related reading in The Atlantic: The Human Cost of Amber. 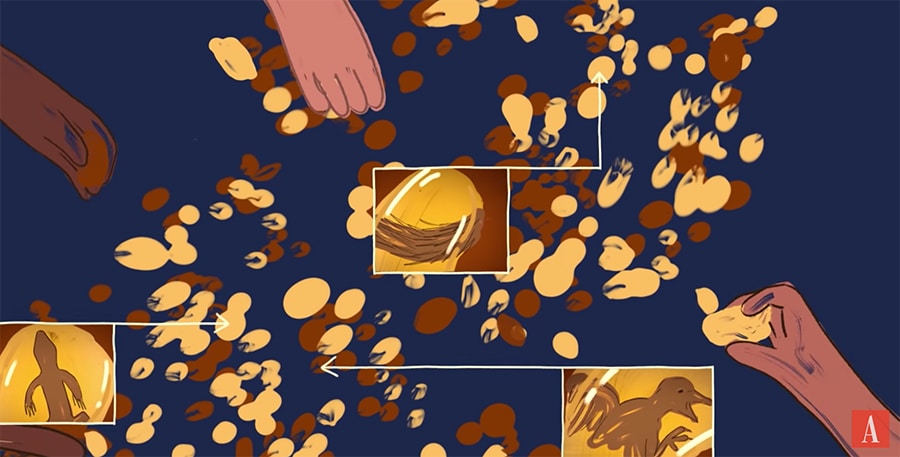 Plus, more about amber from Wikipedia:

The oldest amber recovered dates to the Upper Carboniferous period (320 million years ago). Its chemical composition makes it difficult to match the amber to its producers – it is most similar to the resins produced by flowering plants; however, there are no flowering plant fossils known from before the Cretaceous, and they were not common until the Late Cretaceous. Amber becomes abundant long after the Carboniferous, in the Early Cretaceous, 150 million years ago, when it is found in association with insects. The oldest amber with arthropod inclusions comes from the Levant, from Lebanon and Jordan. This amber, roughly 125–135 million years old, is considered of high scientific value, providing evidence of some of the oldest sampled ecosystems. 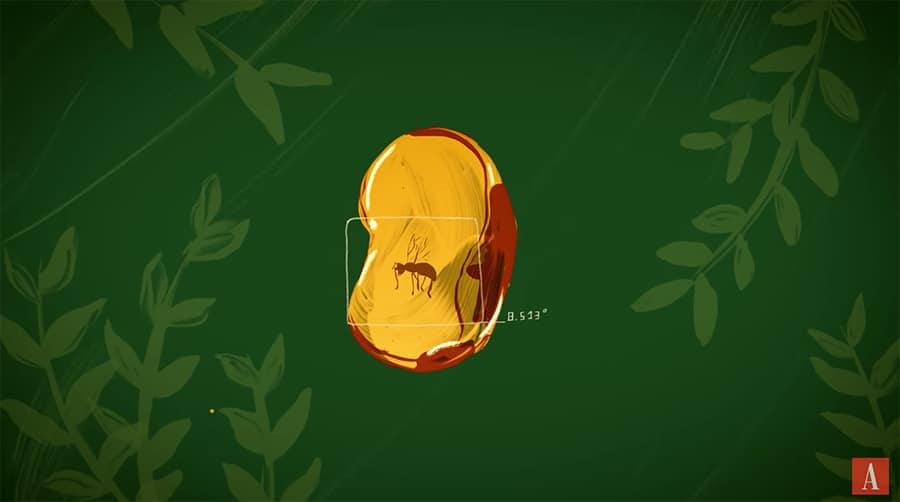 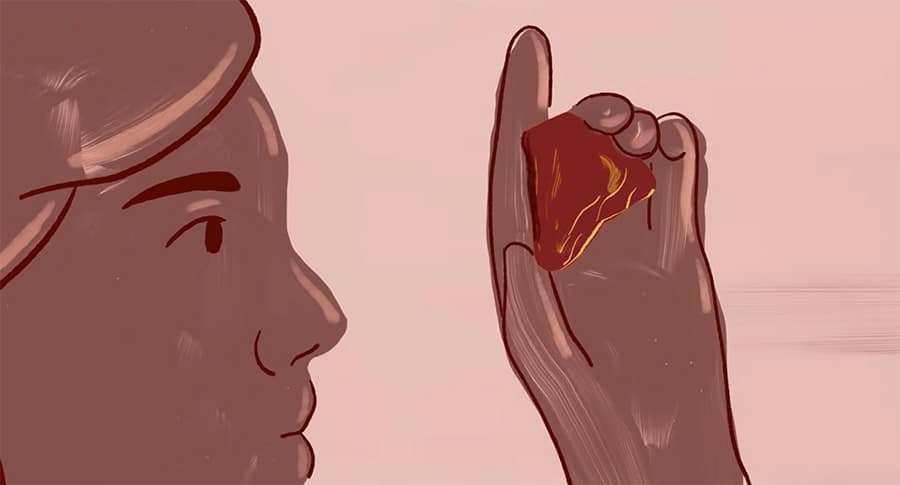 Then watch more videos about mining and fossils:
• Mary Anning, the greatest fossilist the world ever knew
• Here’s Where the Juice That Powers Batteries Comes From
• Il Capo (The Chief), a clip from Yuri Ancarani’s 2010 documentary
• How deep have humans dug into the Earth?

And previously from The Atlantic: Wolves: How do we solve the problem of predators?