“Art may be found in museums, but it almost never begins there.” Learn how three works of art were influenced by, or perhaps exist because of, the places in which they were made. This 2015 modern art educational short from New York City’s Museum of Modern Art (MoMA) introduces how Places & Spaces influenced Vincent van Gogh’s Starry Night (1889), Piet Mondrian’s Broadway Boogie Woogie (1942-43), and Gordon Matta-Clark’s Bingo (1974).

MoMA excerpts about each can be found below: 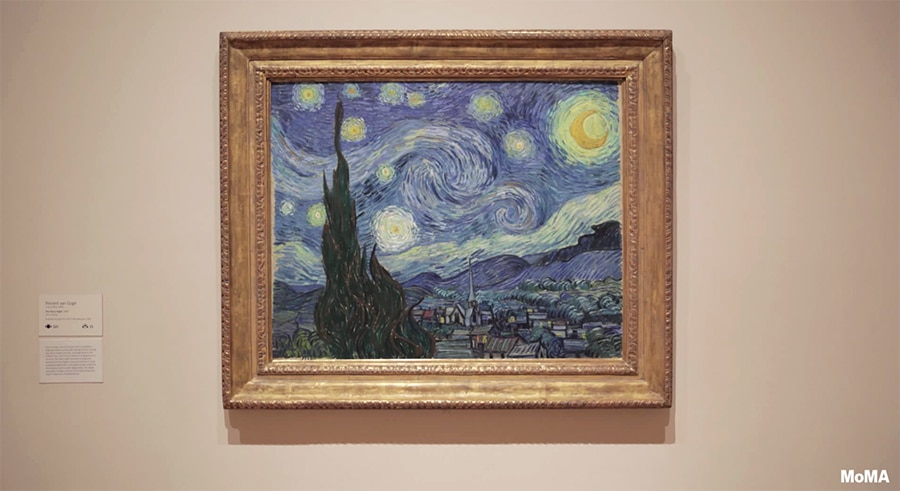 In creating this image of the night sky—dominated by the bright moon at right and Venus at center left—van Gogh heralded modern painting’s new embrace of mood, expression, symbol, and sentiment. Inspired by the view from his window at the Saint-Paul-de-Mausole asylum in Saint-Rémy, in southern France, where the artist spent twelve months in 1889–90 seeking reprieve from his mental illnesses, The Starry Night (made in mid-June) is both an exercise in observation and a clear departure from it. 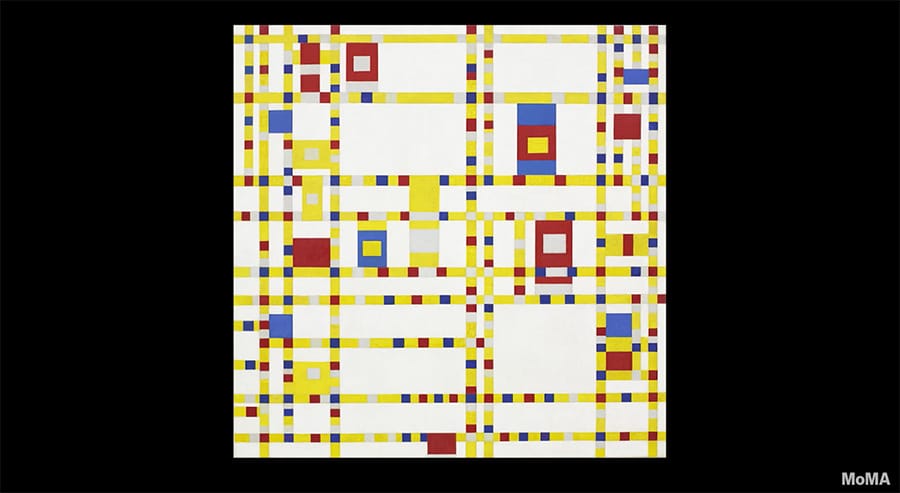 Mondrian arrived in New York in 1940, one of the many European artists who moved to the United States to escape World War II. He immediately fell in love with the city and with boogie-woogie music, to which he was introduced on his first evening in New York. Soon he began, as he said, to put a little boogie-woogie into his paintings. 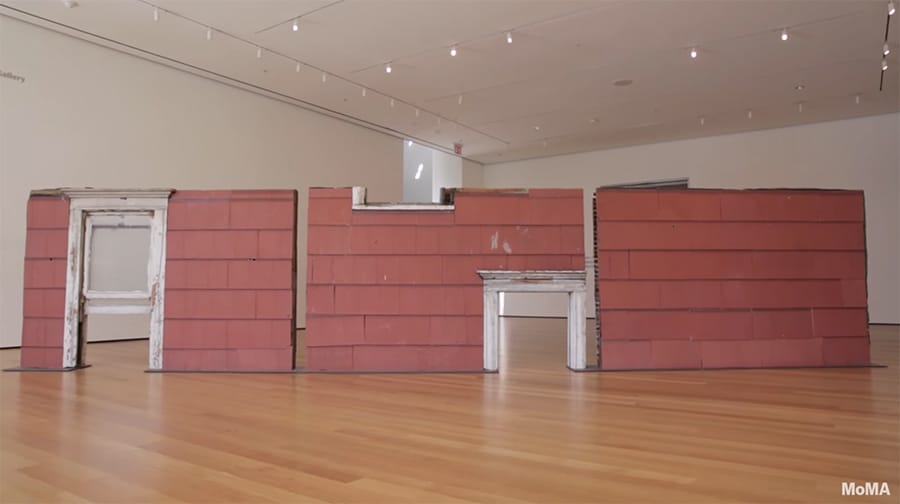 In Matta-Clark’s process of subtraction and destruction, attributes that are conventionally associated with a house—domesticity, comfort, privacy—were displaced by a disorienting physical experience: the house became strange, a simple container for space now opened and incomplete.

The hidden art of fore-edge painting

The Conservation of The Assassination of Archimedes