In this PBS video, one of six additional stories inspired by the show America Outdoors, host Baratunde Thurston meets with falconer Hesper Lana Fang and an American Kestrel (aka “a murder-keet”) named Goji. He explains:

“Humans have been forming relationships with animals for thousands of years, domesticating them for food, transportation, hunting, even companionship. But these bonds are often the result of generations of taming and breeding wild animals primarily for our benefit. But there is an ancient sport that’s still being practiced today, which breaks this mold.

“If you look it up, falconry is defined as the traditional art of keeping training and flying birds of prey to hunt wild quarry. But the sport goes beyond the hunt…”

Fang took up this ancient sport during the pandemic, a unique challenge that’s about building reciprocal trust with a young wild bird who has the agency to leave. She shares that “they only come back if they view you as worthy of their partnership.” 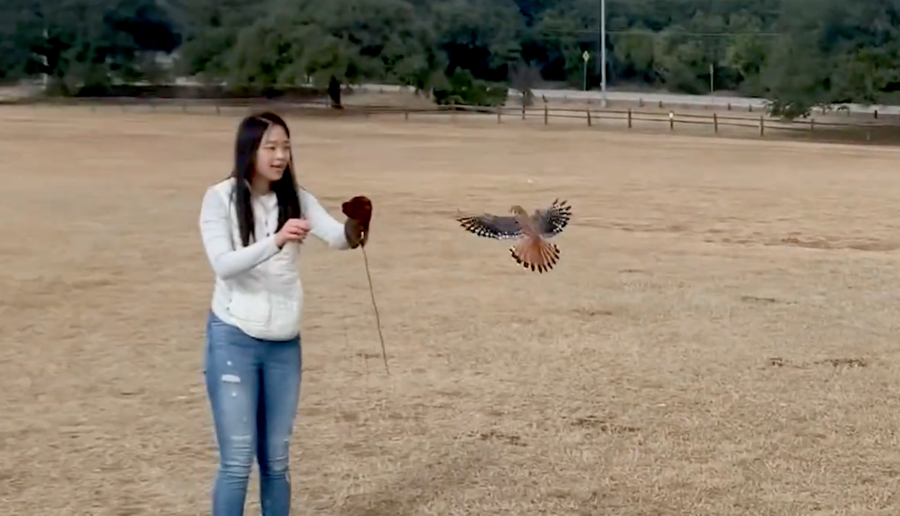 This is an example of mutualism, “a type of symbiotic relationship where all species involved benefit from their interactions.”

Falconry today is a practice in conservation. Thurston narrates that “roughly 60% of falcons die in their first year,” but through this partnership, falconers can protect the young birds and strengthen their hunting skills before freeing them to contribute to breeding populations.

“…by the time we release them, it’s like releasing a fit Olympic athlete back into the wild. And they’re just set.” 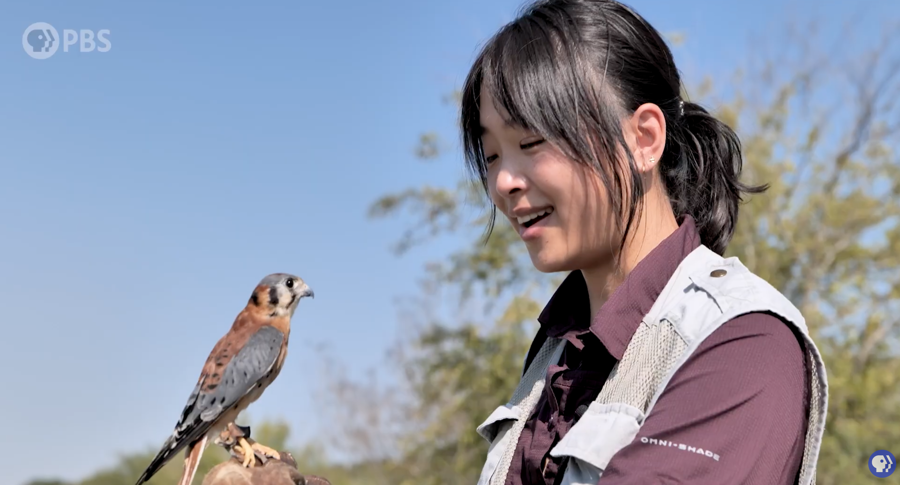 The sport is also regulated for the birds’ protection:

“Acquiring a falconry license in the United States requires an aspiring falconer to pass a written test, have equipment and facilities inspected, and serve a minimum of two years as an apprentice under a licensed falconer, during which time, the apprentice falconer may only possess one raptor.” 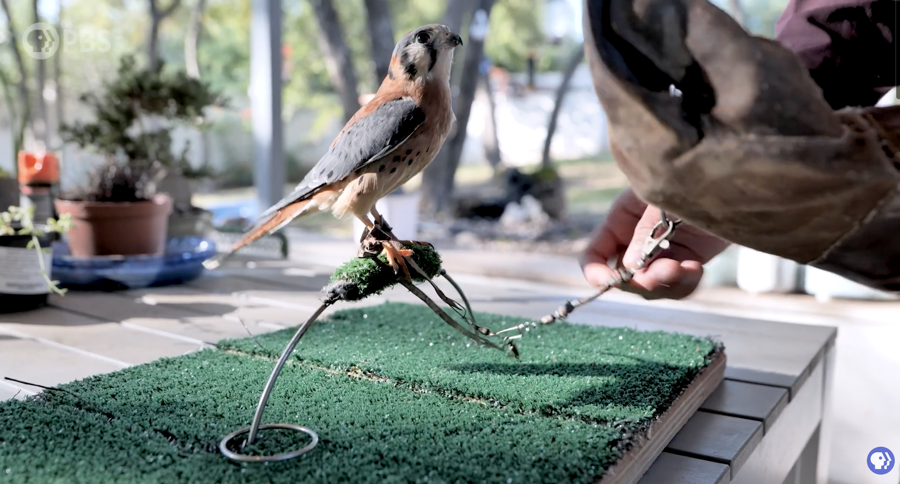 During their conversation, Fang reveals her plan to set Goji free. That parting happened in September 2022 and the PBS team accompanied her to film the emotional moment. It’s shared at the very end of the video above.

Plus, another conservation story: Puffling Patrol.

Mesmerizing sandpipers hunt… while being hunted

How do you make whitewater rafting accessible?

An injured bald eagle learns how to fly again